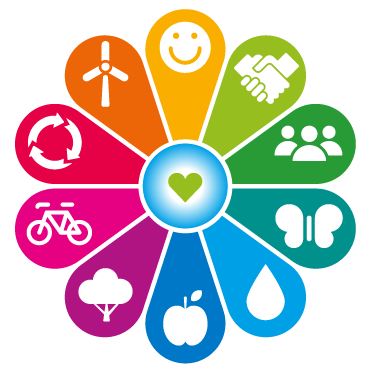 Identifying nationally recognized methods for assessing the environmental performance of new buildings in the UK.

Policies for Sustainable Development in Brighton and Hove

National Planning Policy Framework, 2012 expects the local plan policy to play an active role in guiding the development that is viable and sustainable. The principles of One Planet approach have been adopted by the Brighton & Hove City Council which aims at radical reductions in greenhouse gas emissions by reducing energy consumption before the construction and after it is built. Mitigating the impacts of climate change is an important aspect of delivering Sustainable development (Low Carbon Construction, 2010).

Her Majesty’s Government proposed Climate Change Act in 2008 which was the world’s first long-term legally binding framework to tackle the dangers of climate change. It include a statutory commitment to reducing the carbon dioxide emissions by 34% by 2020 and 80% by 2050.

It provides a framework that helps us examine and evaluate the sustainability challenges that we face and develop action plans in order to create a sustainable and healthy environment.

The ten principles are as follows:

Intention of the design guide

The aim of the design guide is to review and recommend low energy specifications for a building called ‘Waste house’ at Grand Parade campus in the University of Brighton. It focuses on addressing the benefits of sustainable buildings by designing it to achieve energy efficiency, economic viability which includes looking at reduced operating costs, reducing waste, reducing liability, enhancing productivity and learning; social costs and environment.
It is important to educate people young and old regarding the contemporary, challenging and the new real world problems. My intention is to demonstrate that achieving low carbon design is a possibility and as Architects and Sustainability experts, giving low carbon design a serious thought should indeed be our goal!

Why is low carbon design important?

Sustainable development has suffered from an image problem. People have always seen sustainable development as a restraint to development per se. Sandy Halliday in 2008 argued that to achieve sustainable development, it is important to prevent inappropriate development. Human activities have resulted in the creation of air, land and water pollution which has resulted in undermining the security, health and quality of life we seek to protect. The realization that we are confronted by major global problems of climate change, ozone depletion, over-fishing, soil erosion, noise, resource distribution, chemical and electromagnetic pollution, deforestation, desertification, species loss and congestion.

“The Earth’s climate is changing. Rising global temperatures will bring changes in weather patterns, rising sea levels and increased frequency and intensity of extreme weather. We need to avoid making the problem worse, so cutting carbon emissions is a priority. But all of us; individuals, businesses, government and public authorities, will also need to adapt our behaviour to respond to the challenges of climate change” (DEFRA, 2009). The essay brings out the key differences between the approaches to flood risk management in the UK and the Netherlands with the help of illustrations. References have been made to the authors deemed relevant.

There is a high degree of agreement between different authors and organisations regarding the impacts of climate change. To name a few, Scoones, 2004; Parry, IPCC, 2007; United Nations Environment Programme, 1993; Crawford, Dawsonera, Mehmood and Davoudi, 2009) discuss two most significant problems affecting coastal countries are, flooding resulting from the rise in sea levels and coastal erosion.

Britain has a maritime climate that makes it one of the wettest countries in Europe. UK is protected by cliffs from flooding. In the 1990s, flooding was not seen as a major problem in the UK and the floods in Midlands in 1998 were regarded as an anomaly. In 2000, it was estimated that the inland flooding in England could cost over 1 billion (W. Finlinson, D. Crichton, S. Evans, J. Salt and S. Waller and the Loss Prevention Council, 2000). Only three weeks after the publication, England experienced the wettest autumn since 1766 that flooded 10,000 properties from York to Lewes which cost insurers 1.3 billion. It was realised that climate change was responsible for the severe flood damage (P. Pall et al., 2011). 2013 – 2014 has been the wettest winter in 2 and a half centuries in Britain and some of the worst flooding in decades with more than 800 properties affected in 2014 floods (gov.uk, 2014). Since 1994, almost all the biggest floods in the UK happened in England and Wales1. England is densely populated. Hence, it is difficult to find plots that are not at risk of flooding. A population increase of 18% between 2008 and 2033 has been estimated (ONS, 2010). The highest number of new build in flood hazard areas can be found in the South East and the increase in the population density has been estimated to rise by 20% by 2033 (TCPA, December 2011).

On the policy front, at national scale, the main focus of UK climate change policy has been on carbon budgeting, reducing carbon emissions and carbon trading as set out in Climate Change Act, 2008. At regional and local authority scale, the main policy focus has been strategic and adaptive, dealing with the prediction and management of the impacts of the future climatic events such as sea level rise and river floods that have the potential to disrupt transport networks, infrastructure and services, and economic activity, and which affect emergency planning. Knight and Harrison discuss the resources available to inform local and strategic policy and planning for future climate change impacts include The Stern Review on the Economics of Climate Change (2006); The Pitt Review (2008); UKCIP (2009); The Lawton Review of England’s Wildlife Sites and Ecological Network (2010). However, Knight and Harrison also identify that the disjunction between policies objectives is due to the lack of clear, strategic national guidance available to local authorities. These policy reviews and instruments successfully identify the major climate change issues at local and regional levels but fail to provide a national scale framework for actions on these issues. They are all advisory and not statutory. They generally inform on the scientific background but not on planning policy. The extent to which the national scale policy can and should be replicated regionally remains unclear (TCPA, December, 2011).

Energy Efficiency is one of the key principles of Green Architecture. Energy Efficient Structures can be described as the structures that involve the use of less energy intensive materials required for the construction. The utilization of energy resources by the users of the building also determines the Energy Efficient of the Built Structure.

The first step towards designing an energy efficient structure is designing the structure in a way that it justifies the principles of Bio-climatic Architecture.

Bio-climatic Architecture is a simple theory of the design of buildings depending on various factors such as: