Originating in 12th-century France and lasting into the 16th century, Gothic architecture was known during the period as “the French Style”, with the term Gothic first appearing during the latter part of the as a Renaissance stylistic insult.

The elements that developed during  the Gothic Period are as follows:

END_OF_DOCUMENT_TOKEN_TO_BE_REPLACED

Ancient Egyptian Architecture is mainly based on religious monuments, massive structures with extensive carvings of gods, goddesses, pictorial representation of daily life, structures having thick sloping mud walls with very few openings for ventilation since the climate in Egypt is very hot and dry.

The “Temple of Horus” at Edfu is an example of the Ancient Egyptian Architecture. It is very well preserved even today and is considered as an “Architectural Sculpture”. The carvings done on the walls of the structure were considered as ornamentation in Egyptian period. 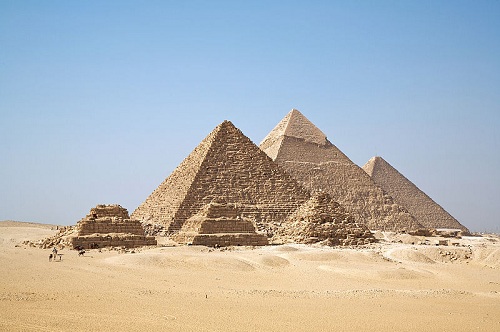 The Great Pyramid of Giza and Great Spinx of Giza are architectural monuments of ancient Egyptian Period. They are very popular for their uniqueness in massing and proportions.

The materials used in the Ancient Egyptian period were sun baked mud brick, stone, limestone. Granite and sandstone were also used at certain places. Wood wasn’t used as a material for construction since it was scarcely available.